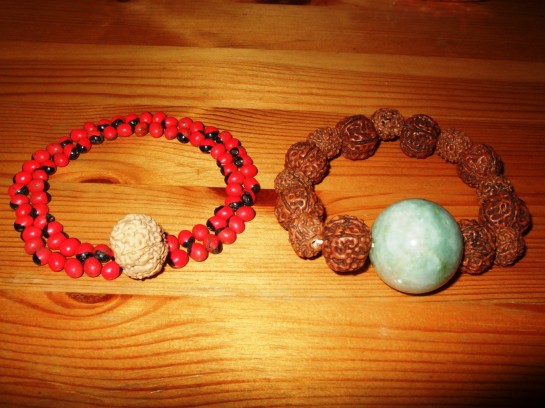 …A million candles burning for the help that never came. You want it darker. We kill the flame. Hineni (here I am), hineni…Some lyrics sung by Leonard Cohen, a Canadian singer-songwriter, Sabbath-observant Jew, Zen practitioner who died on 7th November last year at the age of 82 years, less than two weeks after he released his last album You Want It Darker (21st October 2016). He tried to remind us that there are many ways for universal praying and wish, even in a song.

One of the oldest tools that used for praying by most religions and beliefs is prayer beads. The English bead derives from the Old English noun bede which means a prayer. From the most recently discovered a fresco picture in Akrotiri on the volcanic Greek island of Santorini (ancient Thira), from 1600 BC shows women handling a prayer beads rope.

At least there are two kinds of plant seeds that have been used as prayer beads; those are jequirity or rosary pea (Abrus precatorius) and rudraksa seed or rudra’s tear drops or ganitri (Elaeocarpus ganitrus). The photo above is the prayers beads bracelets that I made from jequirity and ganitri seeds I got from Central Java last month. The photo can be zoomed to see detail of the seeds.

Abrus precatorius or jequirity plant is native to India and grows in tropical and subtropical areas of the world where it has been introduced. It has a tendency to become weedy and invasive plant where it has been introduced. This plant is the member of legume that most of them have symbiotic nitrogen-fixing bacteria and they play a key role in crop rotation. Rosary peas got their name from their traditional use as ornamental beads for rosaries. The jequirity seed with brilliant warning colour; shiny red and black colour remind us to be careful with it. This seed is deadly. The poison contained within the seed is abrin, a close relative of ricin and one of the most fatal toxins on earth. Abrin is a stable substance that can last for a long time in extreme conditions such as very hot or very cold temperatures. Abrin is used in medical research because it is potential as a treatment to kill cancer cells.

Elaelocarpus ganitrus or rudraksa plant grows in the foothills of the Himalayas to South-East Asia, Nepal, Indonesia, New Guinea to Australia, Guam, and Hawaii. This plant belongs to the order Oxalidales, the same order with an exotic starfruit. The specific name of ganitrus is derived from ganitri, the name for this species in Sundanese and Malay. Rudraksa seeds are also known as blueberry beads because their seeds are covered by an outer husk of blue colour when fully ripe. Rudraksa seed contains gallic acid, the same constituent extracted from grape seeds, tea leaves, and oak barks that have been shown to inhibit the formation of amyloid fibrils or aggregates of protein in nerve and muscle cells. Amyloid fibril is one of the potential causes of Alzheimer’s and Parkinson’s diseases. In fact, gallic acid is classified as a mutagen that changes the genetic material, therefore likely to be carcinogen and a teratogen that may cause birth defects on an embryo or fetus.

Based on the seeds material for making prayer beads, I am wondering if prayers can be contagious, poisonous or can heal the world. Universal prayers for the universal hope is beyond the boundaries of all religions and beliefs to fight for example the poverty, sickness, corruption, pollution, global warming that may bring a better condition on earth. Or prayers can be local in accordance with the locavore movement, to find the local food from a short distance for the 100-mile diet, so we know well what we eat. Local or private prayers may save the time, energy and cost without blaming each other.

Please visit this last song of Leonard Cohen to hear his heavy voice and wish at https://www.youtube.com/watch?v=v0nmHymgM7Y. We wish you all a Happy Prosperous New Year 2017. 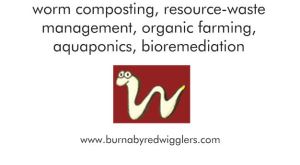