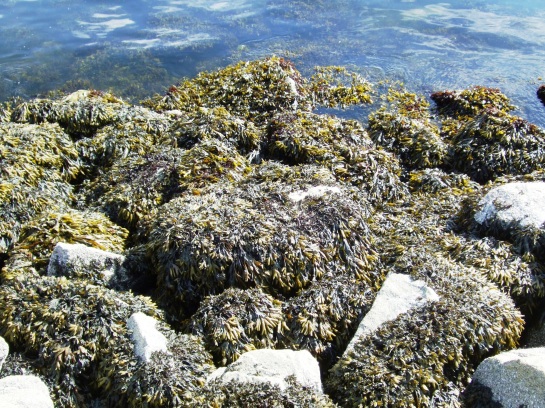 There was a misunderstanding about earthworm in the old scriptures. Many people believe worms as expression of lust, covetousness, greed, selfishness, destruction, putrefaction, weakness, and humiliation. Most of them referred to the larva of beetles (grubs) or moths (caterpillars) as a pest and larva of flies (maggots) which eat directly the fresh flesh. This misunderstanding continues as the practical guides for composting-vermicomposting usually mention that earthworms don’t eat pre- composted meat waste.

Actually all earthworms are saprovores or decomposers and they eat dirt! The nutrition they eat comes from things in soil, such as decaying roots and leaves. They eat living microorganisms such as nematodes, protozoans, rotifers, bacteria, fungi in soil. In addition, earthworms will also get nutrition from the decomposing remains of other animals through the beneficial soil microorganisms (saprotrophic nutrition).

The potential of vermicomposting from pre-composted mixed fish/shellfish waste and green waste has been studied in the research funded by the European Union (EU) through the financial instruments for fisheries. It has been proven that the composting worms or red wigglers gained weight significantly after feeding by fish waste and green waste including seaweeds waste (cover photo). Many Aquaculture operations also discharge waste water containing fish wastes and uneaten fish feed which are ready for vermiculture – vermicomposting.

Although the ancestors of earthworms were originally from the sea, earthworms don’t like salt. However, after pre-composting of the fish and seaweeds wastes and then offered to the composting worms, they will thrive, grow and produce worm castings or vermicompost.

Earthworms have a long history since the beginning of life on earth about millions years ago until the beginning of human civilization about 12,000 years ago. It was speculated that during the ice age or the last Pleistocene glaciation, any native earthworms in North America were wiped-out by the permanent ice cover and bordering permafrost, causing distributions to be pushed to the south. And earthworms were introduced back to North America by the immigrants during the colonization era. Once it was reported by the National Geographic magazine that earthworm is the most influential species of all evolution on earth.

It was recorded that Aristotle (about 350 B.C.) called earthworms the “earth’s guts”. It’s because earthworms act like intestines by processing the soil’s organic matter and turning it into food for the plants. Cleopatra (69 – 30 B.C.) recognized the earthworm’s contribution to Egyptian agriculture and declared them to be sacred by law. Removal of earthworms from Egypt at that time was punishable by death. A study by the United States Department of Agriculture (USDA) confirmed that the great fertility of the soil in the Nile valley was due in large part to the work of earthworms.

The former publications of Charles Darwin about the natural selection: On the Origin of Species (1859) and The Descent of Man (1871) were controversial and gained of critics until now. While in his last publication on The Formation of Vegetable Mould through the Action of Worms (1881), Charles Darwin mentioned that the earthworm is indeed the most influential species in the history of the earth in relation to soil fertility and productivity; most people agree with his research findings. One hundred thirty years after Darwin’s last publication on earthworm, a monumental book on Vermiculture Technology: Earthworms, Organic Wastes, and Environmental Management (edited by C.A. Edwards et al. 2011, CRC Press, Taylor & Francis Group, UK) had been published to support the natural way of farming.

Please visit our website at http://www.burnabyredwigglers.com to learn more about vermiculture and vermicomposting, to check out the preview of Darwin’s book on earthworms and my chapter about The Status of Vermicomposting in Indonesia in Vermiculture Technology book, and also to find the opportunity to feed the earth using red wigglers from resource – organic waste management available in your location. 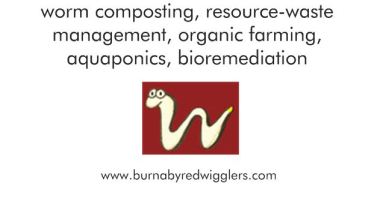